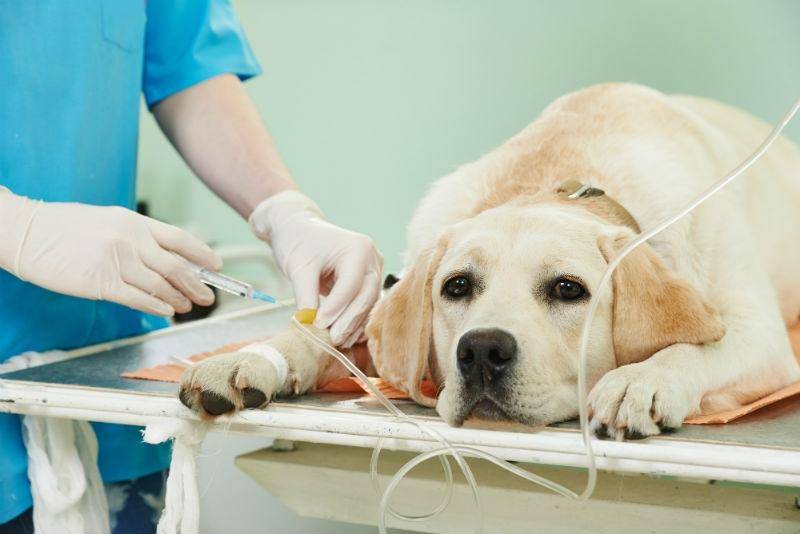 Leptospirosis is a bacteria-like organism that is usually spread by rat urine.

Rats are generally found around suburban areas, and parkland near suburban areas. After heavy rains, their urine will be washed down into streams and waterways, especially around the Mid-Levels, Pokfulam and Clearwater Bay. There have been some cases reported in Sai Kung as well. In nearly all cases of Leptospirosis, the affected dogs have had a history of playing in and drinking fresh water from streams. Owners are often under the assumption that if the water is running, it is clean and good to drink. However, this is definitely not the case.

If not treated rapidly, Leptospirosis will usually result in liver and kidney failure. The early signs are innocuous – sometimes vomiting and diarrhoea are seen. However when the signs of the kidney and liver failure appear it is usually too late for the treatment to have any effect – the damage has already been done. The organisms are actually killed very quickly with antibiotics, but the organ damage is so severe that most dogs don’t recover. Once the symptoms appear, it is usually too late.

The good news is that there are vaccinations for Leptospirosis, and all dogs living in affected areas or walking on the trails should be vaccinated. There are two types of Leptospirosis vaccine. One is included in the standard annual DHPPiL (G6) combination vaccine that all dogs receive. It is completely ineffective against the local Leptospirosis. The other is called Leptovax 4, which protects against multiple serovars (types) of Leptospirosis. Upon receiving the vaccine, dogs will develop antibodies to Leptospirosis that will boost an immune response during infection. It is possible for dogs who have received the Leptovax 4 to still contract the disease, however they will have a better chance of fighting the infection than non-immunized dogs.

However, the most effective measure to avoid Leptospirosis is to never let dogs play or drink from running water anywhere in Hong Kong. Puppies should be taught not to drink from streams and all dogs should be kept on a leash around watercourses if they are prone to drinking and playing in them. Owners should make sure they take drinking water for their dogs during walks so the dogs continue to have access to water.

If you notice your dog is off colour and the dog has a history of playing in or drinking from fresh water streams, we would recommend you contact your vet immediately. Make sure you mention your concern about Leptospirosis – early signs can be quite vague and difficult to diagnose. It’s much better to be safe than sorry in these cases.

ENG中
ENG中
New to Vetopia?
Create an account with us to view your order status online. Your details can also be saved for faster checkout.
SIGN UP TODAY
ALREADY REGISTERED? SIGN IN
CustomerHub