enquiries@vetopia.com.hk
Log In Register
Cart
Dr David's new Animalkind Range has arrived! Click here for details
free shipping for orders over HK$300
VetPoints give you an extra bonus rebate off your next order 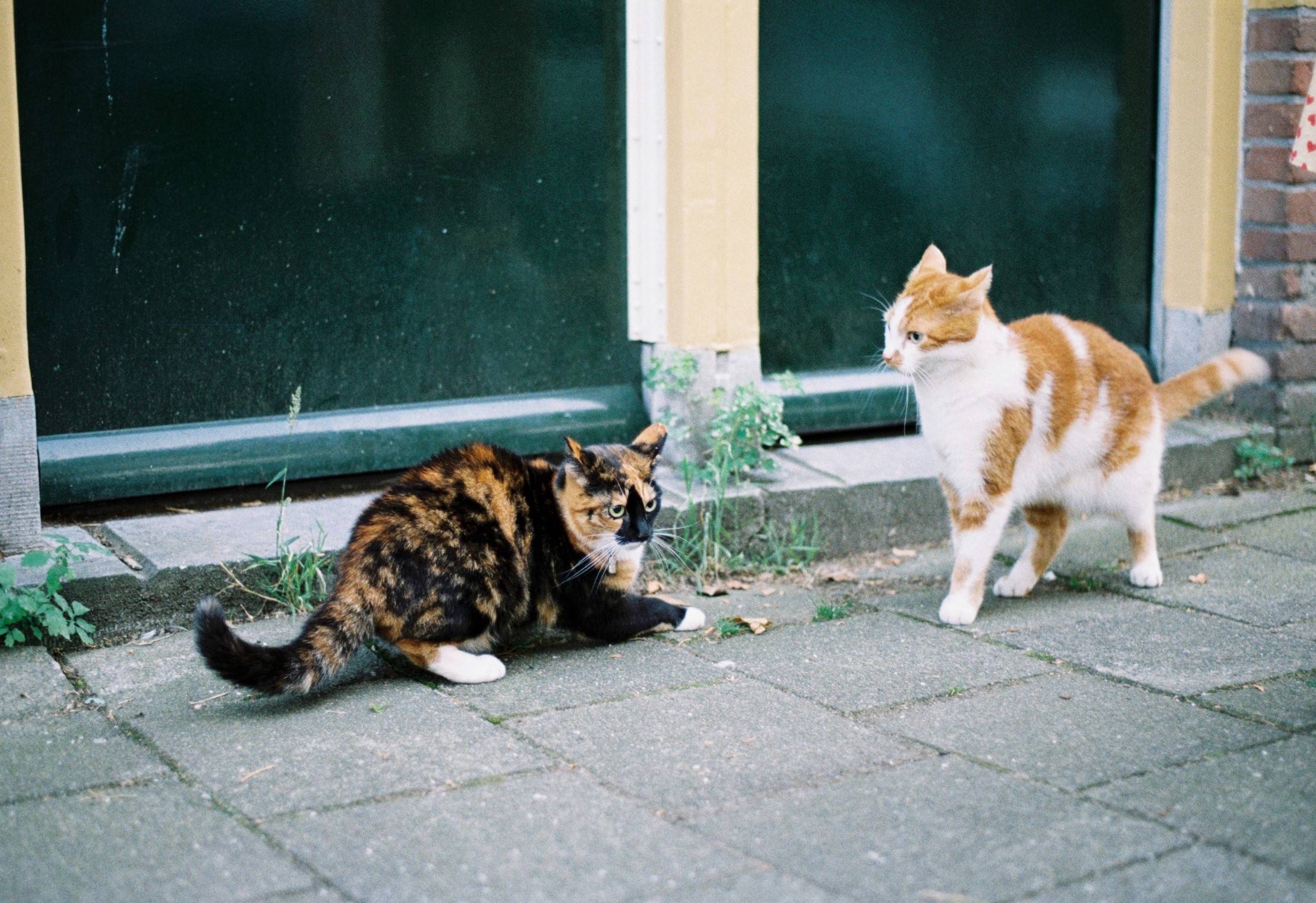 Aggression and biting can be an issue in some cats, although thankfully cats rarely show true aggression, often preferring to remain aloof and disinterested when confronted with a situation they don't like.

The most common form is play aggression, where an owner is stroking or playing with a cat and all is going well, then suddenly the cat turns around and gives a sharp bite or scratch.

Play aggression is more common in cats that have been raised alone. Experts believe that kittens learn to moderate their behaviour when playing with littermates, and these solo kittens have difficulty determining the line between normal licking and grooming behaviour and excessive aggression.

Inter-cat aggression does also occur at times, and can be fierce, but is thankfully relatively unusual. Cats will invariably hiss and spit at a new cat brought into the house for a week or two. This is important in establishing the pecking order and dominance hierarchy, but after a few small fights the cats will normally learn to get along.

While cats are establishing dominance they may sound quite fierce, but generally the fights will be over quickly and there should be no lasting wounds or damage. If the cats show more severe aggression, there are bleeding wounds or repeated fights, there may be a more serious case of inter-cat aggression.

The good news is there are a number of ways we can really help cats who scratch and cats who are aggressive.

The first step in keeping any cat happy is making them feel at home and comfortable in their environment. As discussed for anxiety issues, all cats should have separate areas for sleeping, eating and the litter tray, and these should always be accessible. Animal behaviourists also suggest that each cat should have their own separate litter tray and bed, although I do find that many cats are happy to share. There are a great selection of litter trays here.

One great option for the sleeping area in Hong Kong is having a cat tree or bed near a window with a view – cats will often be amused for hours as they watch the world go by.

Environmental enrichment can also be very useful for cats who scratch furniture – try giving them scratching posts or cardboard scratching mats. Rubbing a small amount of catnip on the post will encourage the cat to scratch in the approved area. Vetopia has a great selection of cat scratchers and trees here.

The best way to deal with play aggression is to try to watch for those tell tale signs that a cat is getting too stimulated and excited during patting or play sessions. Common signs of an impending play attack include dilated pupils and mischievous eyes, a slowly snaking tail and crouching down with ears flat against the head. When it looks like they are about to pounce try to break their attention with a loud click or whistle, or take a short break from playing. Over time this will hopefully break the cycle of play, excitement and aggression. If a cat does bite or scratch during play the best response is not to fight back – this will only reinforce the behaviour. Instead, act offended, stop the play session immediately and give the cat a five minute time-out to calm down.

True inter-cat aggression can be difficult to solve through environmental changes alone – but remember that a little hissing and meowing is very normal when a new cat is introduced. Cats will often compete over resources, so make sure all pets have separate, safe areas for feeding, drinking, sleeping and going to the toilet. Over time as the cats become settled it may be possible to reduce these back to one combined area. If cats continue to fight aggressively after a few weeks it can help to separate the cats, take them both out of the house for one week then reintroduce them both at the same time. This will help reset any territories or pre-existing ownerships in the house.

Another solution that can be very effective for all of these issues is a product called Feliway. Feliway an odourless colourless pheromone solution, available as either a spray or a plug-in diffuser. It is the same chemical as cats produce when they rub their chin against furniture or people, and is used as a natural signal to other cats that they are happy and they feel safe. Feliway is a pheromone, not a pharmaceutical drug and is completely non-toxic and safe for pets and people.

By using Feliway the whole house can be made to feel like a safe, protected area and all cats in the house will feel relaxed and contented. It is surprisingly effective and and will greatly help the vast majority of behavioural issues. Feliway is one of our most effective products for helping with cat anxiety, and one we use with our own cats. It’s available as a spray or diffuser from vetopia.com.hk and is highly recommended for all cats with anxiety or behavioural issues.

There is also a cat food produced by Royal Canin named 'Calm' which is designed to help stabilise emotional balance in cats. The food contains the proteins casein and tryptophan which have been shown to help calm anxious animals.

There are also a number of cat treats and supplements, such as MicrocynAH Cat Calming treats, Nutrazyl and Vet Expert Kalmvet that have natural calming bioceuticals. These are safe, non-toxic and a gentle aid for anxious pets.

If the above measures are not enough, we will sometimes also consider using medication such as Clomicalm. Clomicalm is an anti-anxiety anti-depressant tablet and is very safe and can have excellent results, but we would generally reserve it for more severe cases if necessary. You may wish to discuss this with your veterinarian.

Sold out
Sold out
Sold out
ENG中
ENG中
New to Vetopia?
Create an account with us to view your order status online. Your details can also be saved for faster checkout.
SIGN UP TODAY
ALREADY REGISTERED? SIGN IN
CustomerHub