Save 20% on your first subscription |

Free shipping on orders over HK$ 300 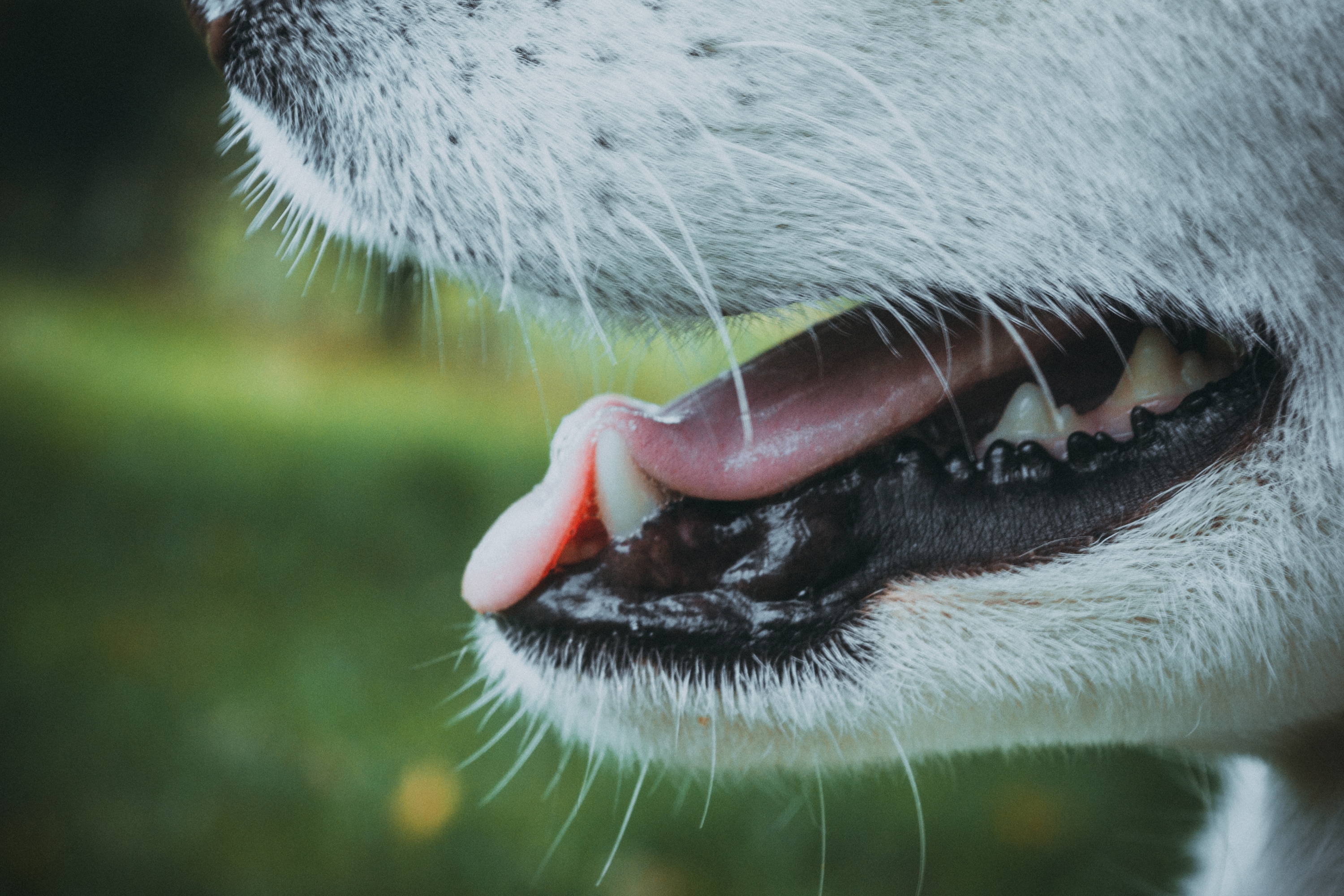 Do you brush your pet's teeth?

It’s odd how sometimes we don’t apply the same health goals to our pets as we do to ourselves. Most of us wouldn’t dream of going through the day without brushing our teeth one or more times, but most pet owners don’t brush their dog or cat’s teeth at all - and those that do generally only do it once every week or two. And I can completely understand why - my own dogs are very reluctant to have their teeth brushed, and I think if I tried to brush my cat’s teeth he’d bite my finger off.

Unfortunately, this means that the average pet’s dental health and dental hygiene leaves much to be desired. This is a pity, because dirty teeth can have quite wide-ranging health consequences, and there are some solutions that are actually pretty simple and well tolerated, or even liked by the dog or cat.

To go back to the basics, pet’s mouths (and our mouths too for that matter) have quite high levels of bacteria. The combination of a wet, protected environment and leftover food scraps makes for an ideal environment for bacterial growth, which forms a slimy layer called plaque on the surface of the teeth. This plaque can be removed by brushing or abrasion from eating hard treats or chew toys.

Plaque and tartar buildup can cause big problems

The plaque that isn’t removed causes a couple of significant problems.

Firstly, the bacteria in the plaque eats the food scraps and produces acids, which then damage the hard protective enamel on the surface of teeth. Over time, this acid damage will lead to cavities.

Secondly, the plaque will harden over time into tartar, a thick hard yellow-grey deposit on the teeth. This tartar is like a sponge, acting as a reservoir for bacteria which can result in gum inflammation and infection (called gingivitis and periodonitis), as well as tooth infection and even tooth loss.

Tartar is too hard to be brushed off, but can be removed by a veterinary dental cleaning. Plaque and tartar, and the related bacteria, are also the cause of most cases of bad breath, both in people and in pets.

High levels of plaque and tartar can present an even more significant problem, holding bacteria up against the gums and promoting the entry of that bacteria into the bloodstream. In serious cases, this bacteria can then cause blood poisoning and potentially infection in other organs such as the kidneys and the heart. 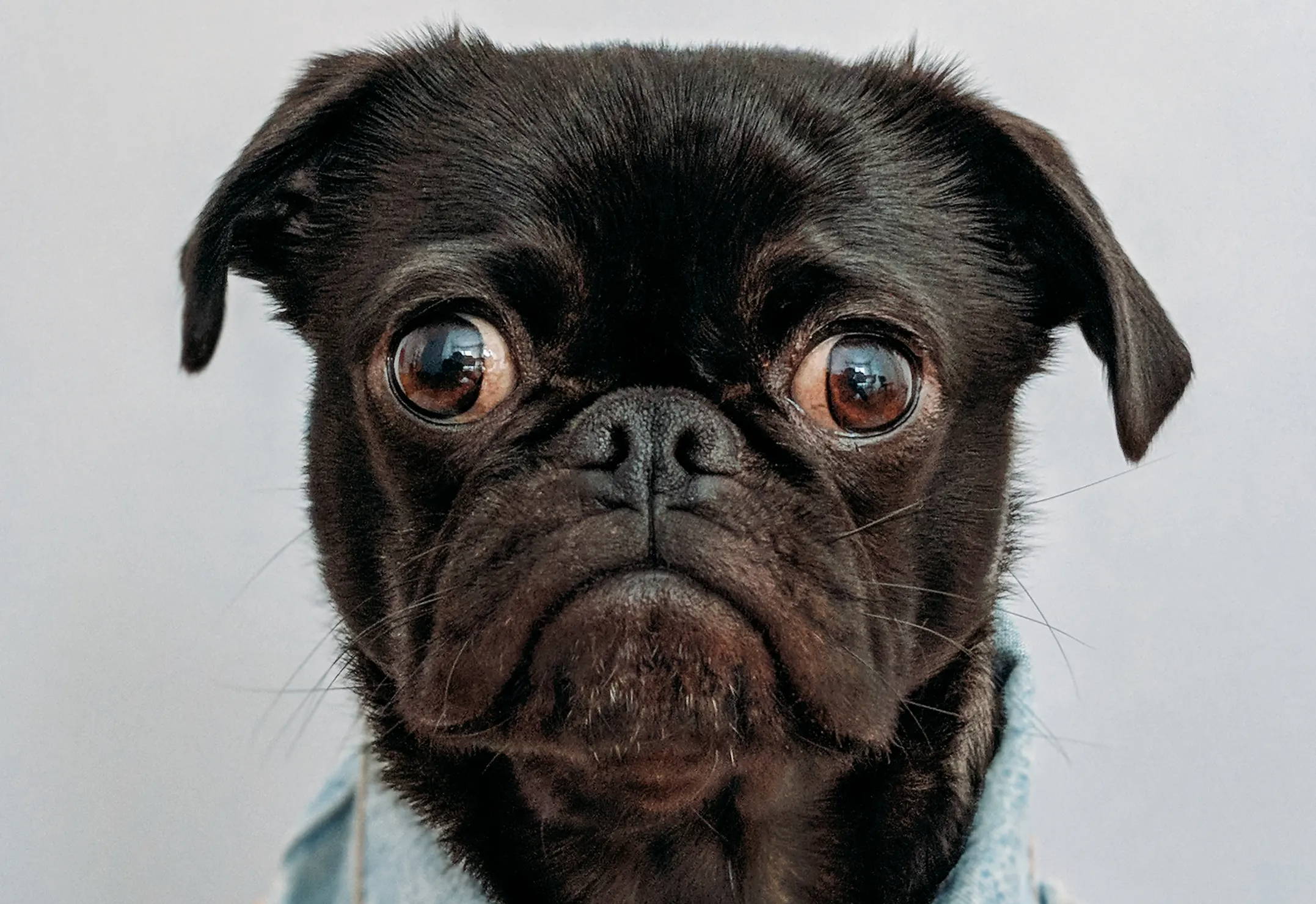 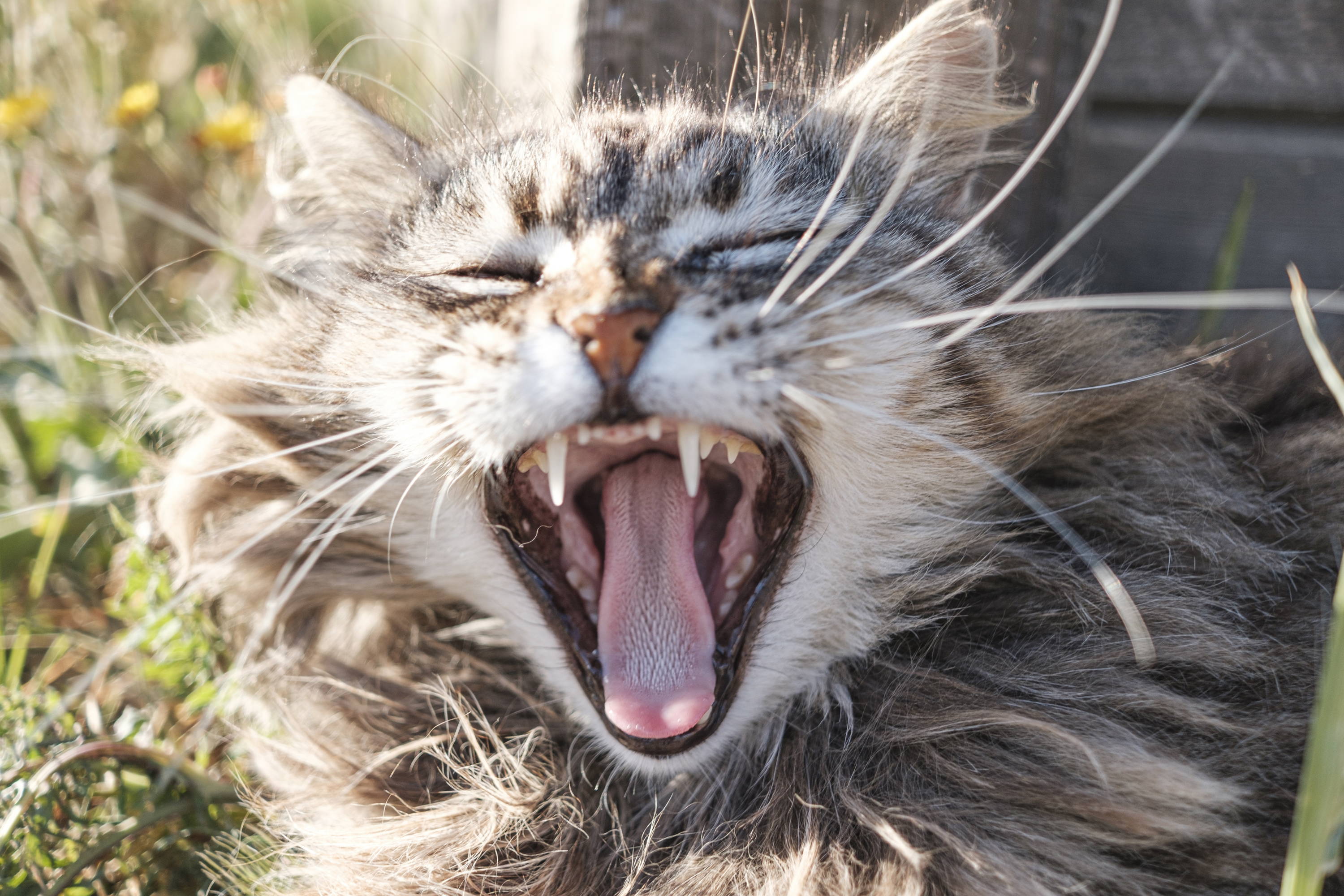 On a more positive note, good dog and cat dental care is actually not that difficult, and there are a number of simple and pet-friendly ways that owners can help to keep teeth clean, cavity free and healthy.

The first step is for owners to make an assessment of how good or bad their pet’s teeth are. If the teeth are generally white and healthy, possibly with a small amount of light yellow or grey discolouration, and the gums are a normal pink, the dental hygiene is good and at home prevention and care will be the best plan.

If, on the other hand, any teeth are black, badly cracked, have significant yellow or brown deposits (tartar), the gums are very red and painful, or the mouth has a foul rotten smell, further veterinary treatment may be required.

Common signs of mouth pain and dental disease also include the pet rubbing the mouth, drooling or not wanting to eat dry food or hard treats. If you’re unsure I’d recommend asking your veterinarian.

At home dental care and prevention is best for pets with generally healthy teeth and gums. Brushing is one great option. Make sure when brushing to clean chewing (molar) teeth at the back of the mouth as well as the biting teeth (incisors and canines) at the front. And remember to always use pet toothpaste (such as PetSmile Toothpaste) - some human toothpastes contain xylitol, an artificial sweetener that is highly toxic to pets.

What if your pet doesn't like having his teeth brushed?

Many pets don’t really enjoy having their teeth brushed, but there are now a lot of good alternative options. Dental cleaning gels (such as Maxiguard Oral Gel) can be applied to any area of the mouth. The dog or cat will then lick this around the mouth, and it will clean the teeth without brushing, and without harsh chemicals or bleaches.

I’d also recommend good dental toys or treats to help a pet naturally clean their teeth by chewing. There are a number of commercial toys and products which are excellent, although for my pets I like the natural chews such as dried venison strips, our own Animalkind kangaroo tendons or deer antlers. These treats are tasty - secretly cleaning the teeth while your pet enjoys chewing and playing.

There are also a number of pet foods that are specially designed to keep dog’s teeth clean, such as Hills t/d and Royal Canine Dental. These foods are all natural, and contain toothpaste impregnated in the kibble to clean the teeth while they eat. 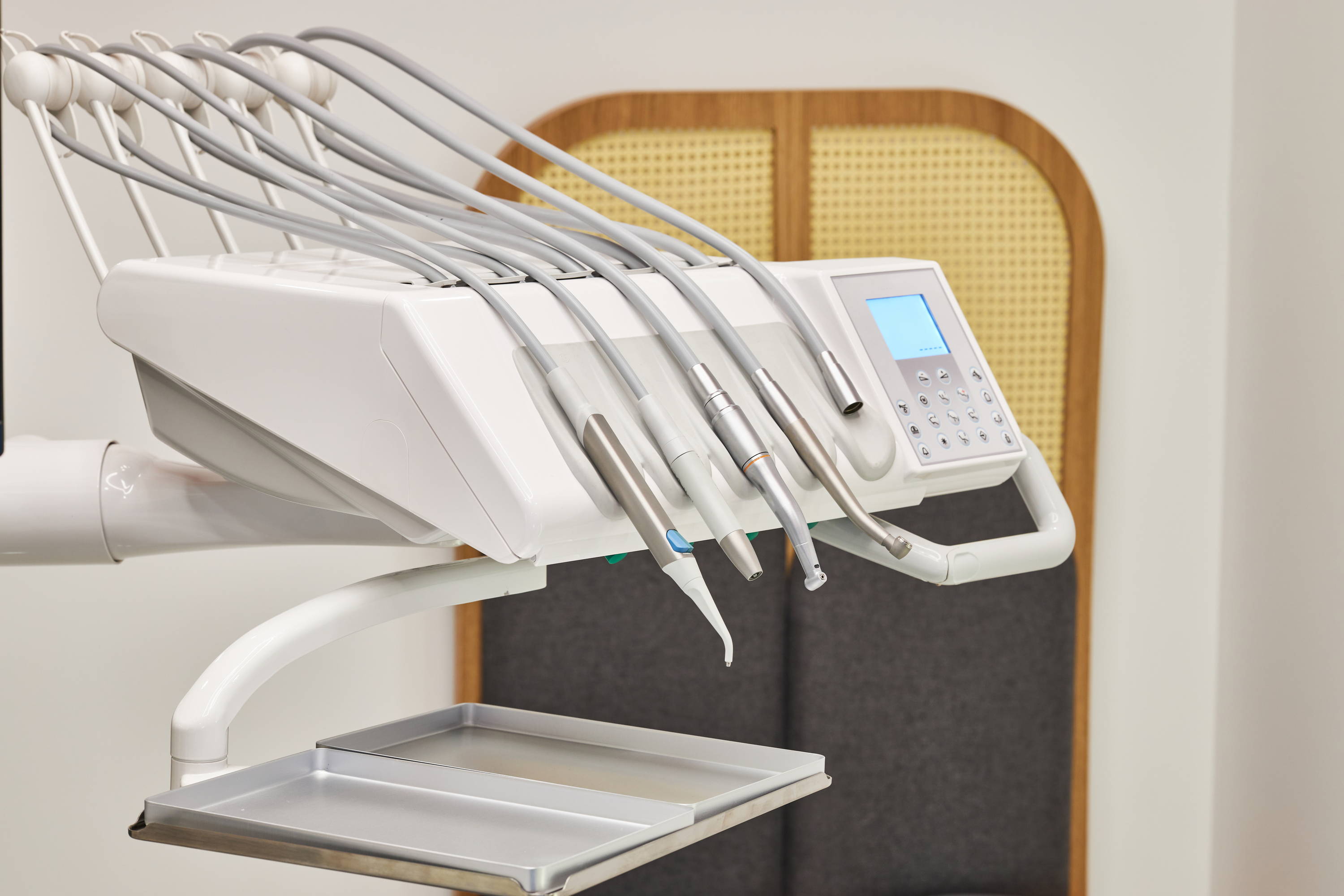 Even with the best at-home care, most pets will need to have their teeth cleaned professionally during their lives - same as us. This involves a trip to the vet where their teeth are assessed, and then carefully scaled and polished using a special ultrasonic dental machine to remove all of the dirt, plaque and tartar

If there are any teeth that are dead or damaged beyond repair these will need to be removed, but the animal will feel immediately better after they have bad teeth taken out, and it will not affect their eating. The ultrasonic dental cleaning does require an anaesthetic - mainly because we need the dog or cat to sit perfectly still for about half an hour as their teeth are cleaned, and also to prevent them swallowing or inhaling any tooth fragments or debris.

The procedure is very safe, and is the only way to repair and clean teeth with lots of tartar and damage. A dental cleaning should be followed up with at-home care to try to prevent the tartar and tooth decay from forming again.

Dental issues are surprisingly common in pets, and it really is an area that most of us don’t spend too much time thinking about, but is an important part of animal health, never mind preventing socially awkward dog-breath. Keeping teeth clean does pay significant health benefits, not only for the teeth, gums and mouth, but also for the body as a whole, preventing spread of bacteria and problems into the rest of the body. If you’re concerned about dental care, or about your pet’s level of tartar and plaque, your vet will be happy to give talk and give your dog or cat an assessment to determine the best plan for good dental hygiene.